Apostle Eric Israel- Okere gave his life to Jesus Christ when He was 8 years old in Lagos Nigeria. He attended Ogba Primary school and Ogba Grammar school in Lagos. He obtained his bachelor’s degree in Sociology and Anthropology in Benson Idahosa University, Benin-city Nigeria in 2007/2008. He emerged the best student of his faculty and won the vice chancellors award for academic excellence, quality character worthy of emulation and world class leadership qualities. This award gave him international scholarship for Masters and Doctorate degree.

He had concluded his master’s degree in University of Nairobi, Kenya, department of sociology specializing in Advanced Disaster Management in December 2012 with distinction and he is rounding off his PhD studies in Kenyatta university Nairobi Kenya. Presently, he is a lecturer in the department of sociology and Anthropology in Benson Idahosa University Benin-City Nigeria, the Chief Executive Director of PILOTS OF DESTINY a Human resource consultancy firm empowering corporate organizations in Kenya, Nigeria and African Union Addis Ababa in Ethiopia. He had won many awards for composing songs, raising uncommon leaders and inspiring great World Changers in different parts of the world.

Apostle Eric is the founder and overseer of World changers International Christian Center Nairobi with campus fellowships in Kenya, Rwanda, Nigeria and Oklahoma-USA. He is blessed with evangelistic zeal for soul winning, grace to teach God’s word emphasizing its integrity with deep revelation and insight, he is anointed with grace for undeniable Signs, wonders and miracles with prophetic insight to the glory of God.

He is married to Pastor Grace Israel-Okere, and they are blessed with 3 sons, Israel, Elijah and Samuel. Apostle Eric has ministered in more than 40 universities in Nigeria during his undergraduate days crusading against campus cultism until he became the man of the year 2007 with many formerly doomed for hell now servants of God and more than ten universities in Kenya and Rwanda. He had ministered in about 40 nations which includes Tanzania, South Africa, Uganda, Brazil, Ghana, Togo, Benin Republic, Ivory Coast, Ethiopia, Burundi, Turkey, Seychelles, Sierra Leone, Cameroon,  Dubai UAE, Paraguay, India, Singapore, Germany, Italy, Netherlands, United Kingdom, USA among other Nations with hundreds getting saved in a single meeting, others delivered from the power of darkness and creatively healed from diseases and sicknesses to the glory of God by the operations of the gifts of the Holy spirit, many others imparted with grace to lead in preaching the gospel and prayer revolution  to the glory of God and starting their own companies and organizations.

WORLD CHANGERS INTERNATIONAL CHRISTIAN CENTER Nairobi Kenya and PILOTS OF DESTINY HUMAN RESOURCE CONSULTANCY which he founded is a movement of young people, inspired to raise the generation that will change the nations by leading the change, a vision which came from the burden to eradicate social menace prevalent in the society today among young people.

He was called as an Evangelist when he was 10 years old and he served in this office till he was ordained an Apostle in December 2008 by Rev. Joe Olaiya his spiritual Father in Lagos Nigeria. 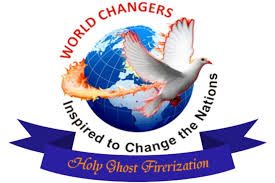 We Conduct highly conceptualised programs to propagate this vision with excellence patriotism as our lifestyle, adding value and colour to nations with posterity in view.